Ardbrack Financial article on bitcoin in the media

Enthusiasm for crypto currencies in general and bitcoin in particular has gone truly global. Mainstream media has been buzzing with reports on rapid price appreciation and commentary from both evangelists and sceptics. This article seeks to outline some of the key things to know about bitcoin and crypto currencies.

One thing I established is that most people don’t understand either crypto currency or blockchain. Why are they asking? There may be many valid reasons, for example the security of a decentralised ledger ; potential lower cost and greater efficiency of doing business ; a currency that cannot be devalued by Central Banks ; a new asset class to trade ; or simply because it’s going up. 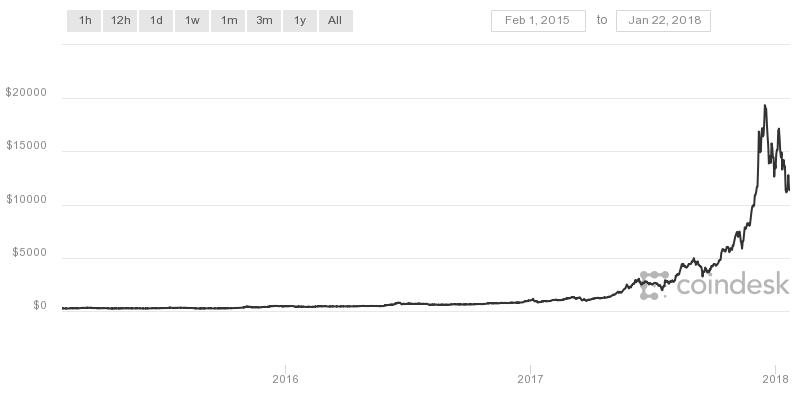 What is bitcoin and where did it come from?

Bitcoin is the poster child for crypto currencies, digital assets designed to work as money and secured by cryptography. Blockchain is the technology enabling crypto currencies to exist, acting as a decentralised ledger recording transactions. A decentralised ledger is a huge database which is shared and updated constantly by thousands of computers around the world without any central authority like a Central Bank or government at its core. Decentralised ledgers are very difficult to hack because they are copied thousands of times across computers around the world.

Bitcoin was created by a person or persons with the pseudonym Satoshi Nakamoto after publication of a whitepaper in 2008. Few people outside of a tiny crypto currency universe paid it much attention initially, but it has gained enormous popularity since its massive price increase during 2017.

New bitcoin are created by a process called mining, whereby individuals are rewarded for processing transactions on the blockchain with fractions of newly issued bitcoin. As of mid-January 2018 there were 16.8 million bitcoin in existence against a maximum of 21 million to be created in total.

Is bitcoin a credible currency?

For a currency to work it needs to be a medium of exchange, unit of account and a store of value.

Bitcoin is a medium of exchange – it has been used for transactions, but it’s not widely accepted, has had high transaction costs, delayed transaction processing and limited capacity (far less transaction capability than a major credit card for example).

However it has not proven yet to be a useful unit of account or store of value – the price volatility is simply way too high, regularly moving up/down in price by 10% or more in a day.

Legitimisation by the financial community

Bitcoin took a huge step toward being broadly accepted by the financial community in December 2017 when the two largest US futures exchanges (CBOE and CME) listed futures contracts with prices linked to bitcoin. Also in December ’17 several bitcoin ETFs were filed for listing on the New York stock exchange.

How to buy and store bitcoin

Bitcoin can be bought at many bitcoin exchanges on the internet. Once purchased, bitcoin needs to be stored in an electronic wallet, usually on an exchange.

As with all transactions on the internet, people deciding to buy bitcoin should ensure they properly research the entity they are dealing with. Although it would appear that bitcoin is difficult to hack, it does not automatically follow that bitcoin exchanges are difficult to hack. Potential buyers of bitcoin should investigate what happened when the Mt.Gox exchange filed for bankruptcy in 2014 after hundreds of millions of dollars’ worth of bitcoin were stolen.

How to value bitcoin

Traditional methods of asset valuation do not work with a cryptocurrency. There is no book value or cashflow to analyse. We can compare bitcoin to other crypto currencies but that doesn’t really help. There is a transaction value and a quoted market value but they are highly volatile. Some analysts will say bitcoin is worth $100,000 or more, while others say it’s worth zero. I believe it does have value, but cannot think of any credible way to calculate that value, nor have I seen any worthwhile analysis to date.

Official crackdowns on ICOs have taken place, most notably in China where ICOs were banned in 2017.

One primary reason for people asking about bitcoin is because the price has been shooting higher, and people are suffering from FOMO – the fear or missing out. Could this be like the proverbial shoeshine boy giving stock tips? Joe Kennedy, a US politician, large scale investor and father of JFK is said to have exited the stock market before the great crash in 1929 when he surmised that the large run-up in prices was overdone after he was given stock tips by a shoeshine boy – figuring that the market was running on fumes if non-traditional investors were pushing it higher in a speculative frenzy.

Some people have undoubtedly bought bitcoin for investment purposes. However a great many have bought simply because they think the price will rise further, perhaps a large majority of people buying during the run-up from c. $2,500 to c. $20,000 in the second half of 2017.

Another major feature of the market of late has been companies announcing changes to their business and/or their name around Blockchain technology. A notable example in mid-January was Kodak, the formerly high flying photography company founded in 1888. The announcement of ‘KodakCoin’ caused its stock price to more than triple from $3 to $10. A US soft drink maker saw its stock price soar by 500% in December when it announced a change in focus to exploring opportunities that leverage the benefits of Blockchain.

Many other similar stories exist, and some sound eerily similar to the mania during the dotcom bubble of the late ‘90s when existing companies added .com to their names. We should remember that even some of the most successful technology companies like Intel, Cisco and Amazon saw their stock prices fall by 80%-90% during the dotcom bust in late 1999 to 2001.

What about Regulation and Tax?

Governments have had a monopoly for centuries on the issuance of currency. Since the end of the gold standard in the 1970s when President Nixon ceased the convertibility of the dollar for gold (after large scale European exchanging of dollars for gold), the world has been operating on a fiat money system. Fiat money is currency issued by governments without any intrinsic value.

The fiat money system is rife with government manipulation. In recent years we have seen hyperinflation and the destruction of currencies such as the Zimbabwe and Venezuelan dollars by gross economic mismanagement. We have also seen enormous Central Bank balance sheet growth in the US, Europe, Japan and elsewhere as a result of the financial crisis which began in 2008.

The advent of crypto currencies could challenge the role of government at the centre of the financial system. Therefore it is reasonable to assume that we will see further attempts at regulation and taxation of the crypto / blockchain world. The shift away from paper money will not happen without turbulence.

I have not seen any commentary by Revenue in Ireland regarding crypto currencies, but one should assume that any gain on trading or investing in crypto currency is taxable like gains from trading other financial assets. Each individual should consult their tax adviser for advice on their specific situation.

To wrap up, blockchain may indeed be transformational and may bring enormous changes to how the financial system works. However this will not happen overnight. Individuals interested in crypto currency and blockchain need to do their research and should determine and document their reasons for getting involved. It is likely that some crypto currencies will survive and thrive but I expect attempts at regulation by governments, failure of some poorly designed crypto currencies, hacking, theft and other unforeseen bumps on the road. It may even be the case that the eventual winners from blockchain have not been launched yet. It is still early days in this new market and for now traditional ways of doing business and investing in stocks, bonds and other asset classes will remain to the fore.

Disclaimer: The content of this article is for general information purposes only. It does not constitute investment advice as it does not take into account the investment objectives, knowledge and experience or financial situation of any particular person or persons. You are advised to obtain professional advice suitable to your own individual circumstances. Ardbrack Financial Limited makes no representations as to the accuracy, validity or completeness of the information contained herein and will not be held liable for any errors or omissions.